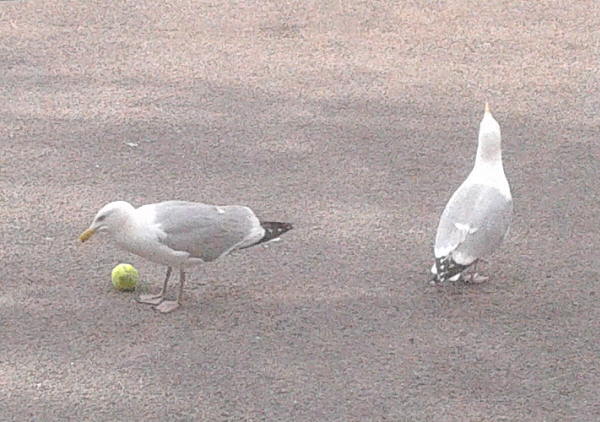 I wish I had a better quality camera in my phone but it’s the first time I’ve ever had a phone with a camera so hadn’t, at the time of purchase, appreciated their versatility.

I have had a number of boxed books stored in the church hall in Gordon Road, Lowestoft since a charity book sale we held there. The hall manager has dropped gentle hints about their removal from time to time and yesterday everything coincided to make removal possible. I had just finished loading, carrying the boxes out to my car when I noticed several gulls giving their attention to an abandoned tennis ball in the car park.

Gulls will attempt to eat anything and these were no exception. This obviously ‘foreign’ object in their usual space might have been edible and no self-respecting gull would pass by without at least trying and so they did. Three of them chased this tennis ball around the car park for several minutes pecking at it without success.

Two soon gave up but one was more persistent. He (or she) pecked and nuzzled at it and then to my amazement tried and succeeded in picking it up. He wandered out of the car park and stood in the middle of the road as if undecided what to do next until on the approach of a car he took off towards it and I was unfortunately not quick enough to get a shot of it. 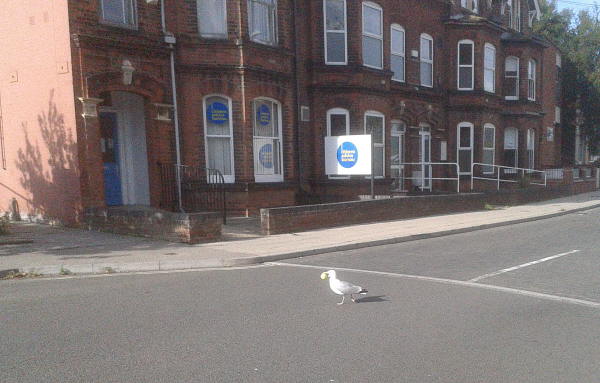 The car was driven by the hall manager who turned into the car park with his jaw dropped, having just seen a low flying gull coming towards him with a tennis ball in its beak. I only hope that there was enough spare capacity in the gull’s jaw for it to eventually open his beak a little more and drop it but sadly we saw no more of it. 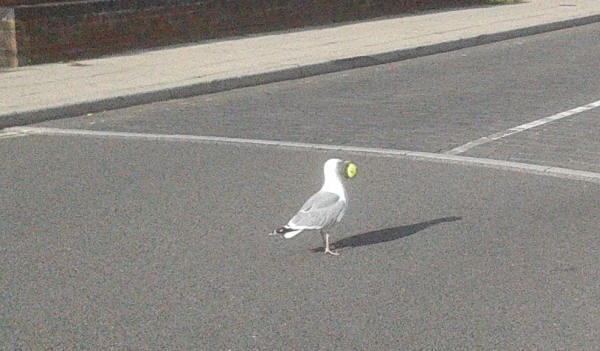 An amusing diversion with, hopefully, a happy ending but we’ll probably never know.