Brexit and the Electoral Commission 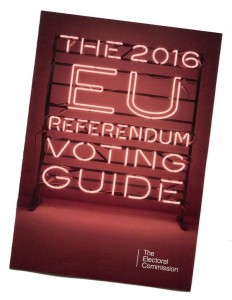 As one who had voted to remain I was disappointed with the result in June of the UK referendum to leave the European Union (Brexit) but was philosophical enough to accept the opinion of the majority and was prepared to try and make the best of it.

I was more than just ‘disappointed’, however, when after the event it was admitted that the £350 million per week promised to our health service by the Brexit leaders during the campaign was ‘a mistake’ and I was disgusted when some of those same leaders decided that having won the argument they hadn’t the courage to see Brexit through to fruition but resigned. How many voters did they influence with their false promises and how were they allowed to get away with such deceitful campaigning?

I had foolishly assumed that the Electoral Commission, which had oversight of the referendum, would ensure that the voters were not told lies but that seems to be beyond their remit. Their own guidance booklet on the referendum says, “We monitor how campaigners spend money campaigning in the referendum but we do not regulate or control what they say in support of their arguments”. 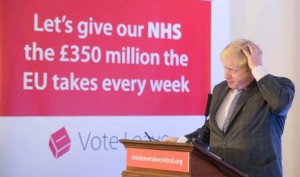 When Parliament drew up the statutory instrument for the referendum they failed to build in any right of appeal. At least at a general election when we are choosing a new government we have the option to turn them out at the next election, which if they make a real mess of the job can be sooner than their full term. We were told that the referendum was irrevocable which should have sounded warning bells to those writing the legislation to ensure that in that case there must be some oversight to ensure that the arguments were put fairly before the public – which they weren’t and there wasn’t.

To my mind the referendum was an abdication of responsibility anyway. It was promised during the 2015 general election campaign by David Cameron as a political sop to some Eurosceptic members of his Conservative party and in the light of opinion polls showing advances by the UK Independence Party. In view of the complexity of the question it should have been decided by those with full time professional advisers, ie. the government, not by the public who cannot hope to know enough about all the consequences.

If the government got it wrong we could at least turn them out at the next general election but they passed the buck to us. Because of the way it was set up it seems we are stuck with it but let’s hope that we can make the best of it and learn from the experience. I only hope that the Brexit advocates do not push for a rushed transition which would leave little room to negotiate the best deal.