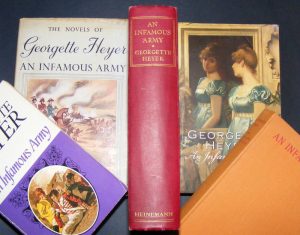 Montage of editions of An Infamous Army

In the original 1937 edition of Georgette Heyer’s ‘An Infamous Army’ there is an ‘author’s note’ in which she refers to the bibliography at the end of the book listing over fifty accounts, collections of letters, autobiographies, etc. of Wellington and his campaigns which helped her in her writing about the man and the period.

In the final paragraph of this note, which has been dropped from later issues of the title, she acknowledges the source of the endpaper illustrations of the ‘Position of the Armies of Wellington and Napoleon in front of Waterloo’ as from the respective histories of events by Capt. William Siborne and W. B. Craan, and of the folding ‘Sketch Map of the Anglo-Allied Cantonments’ as from the fourth volume of the account of the campaign by Col. F. De Bas.

Although the book is a novel the authenticity of the background account of the Battle of Waterloo is undisputed, as endorsed by contemporary reviews in the Times Literary Supplement’s “The meaning of the opening moves of the campaign is better grasped than in some historical accounts…” and in the Daily Mail’s “One of the clearest and most balanced accounts in English of the Hundred Days…”, with many thanks to Jennifer Kloester for the references, in ‘Georgette Heyer – Biography of a Bestseller’, Heinemann, 2011.

It seems sad to me that Heinemann, and subsequent publishers, dropped that final paragraph of the author’s note and the two plans which had appeared in the original edition and which the author had thought would enhance the story for her readers, from most other editions.

To fulfill the presumed wishes of the author I am happy to present below, for readers of those later editions, the map and plan as they appear in my copy of the first edition of Georgette Heyer’s ‘An Infamous Army’. 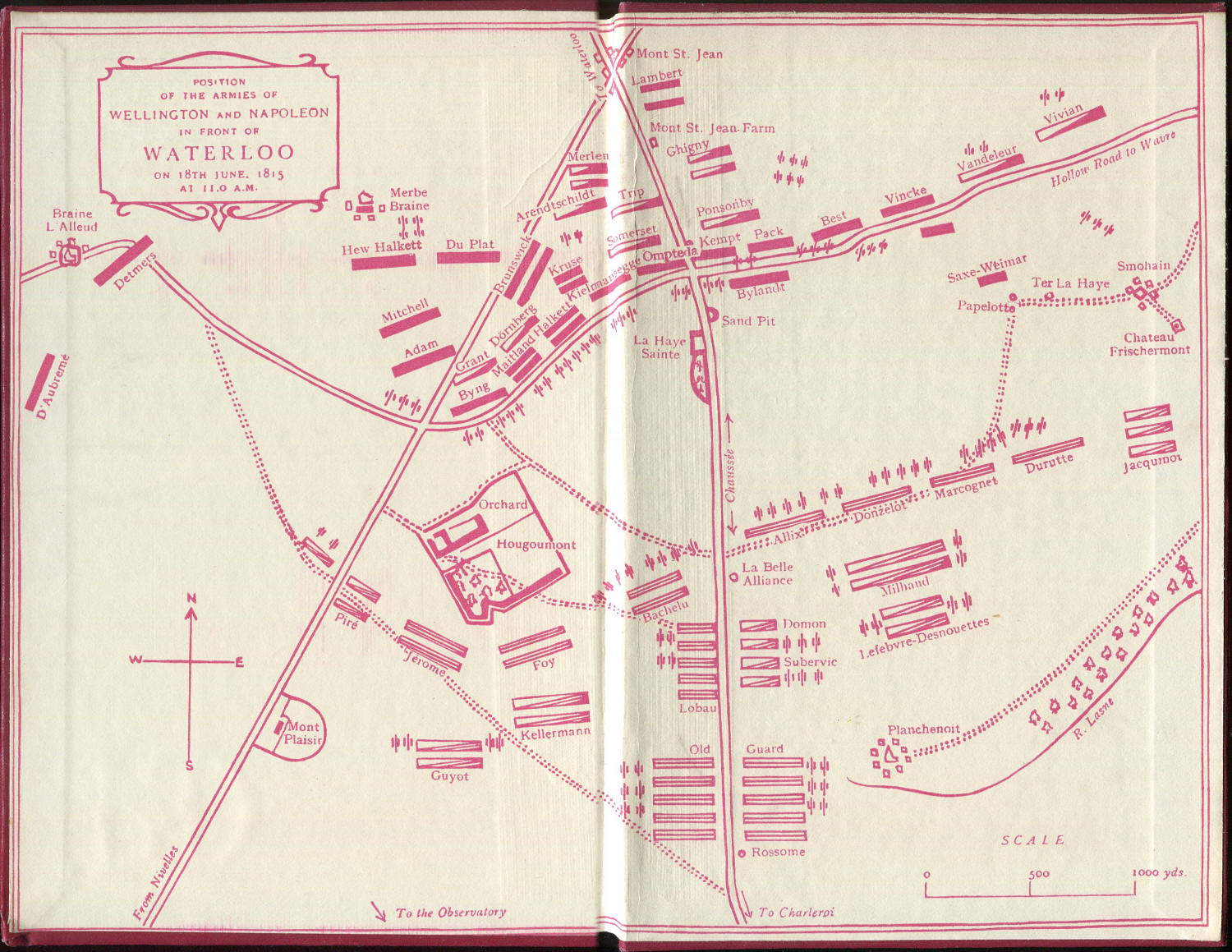 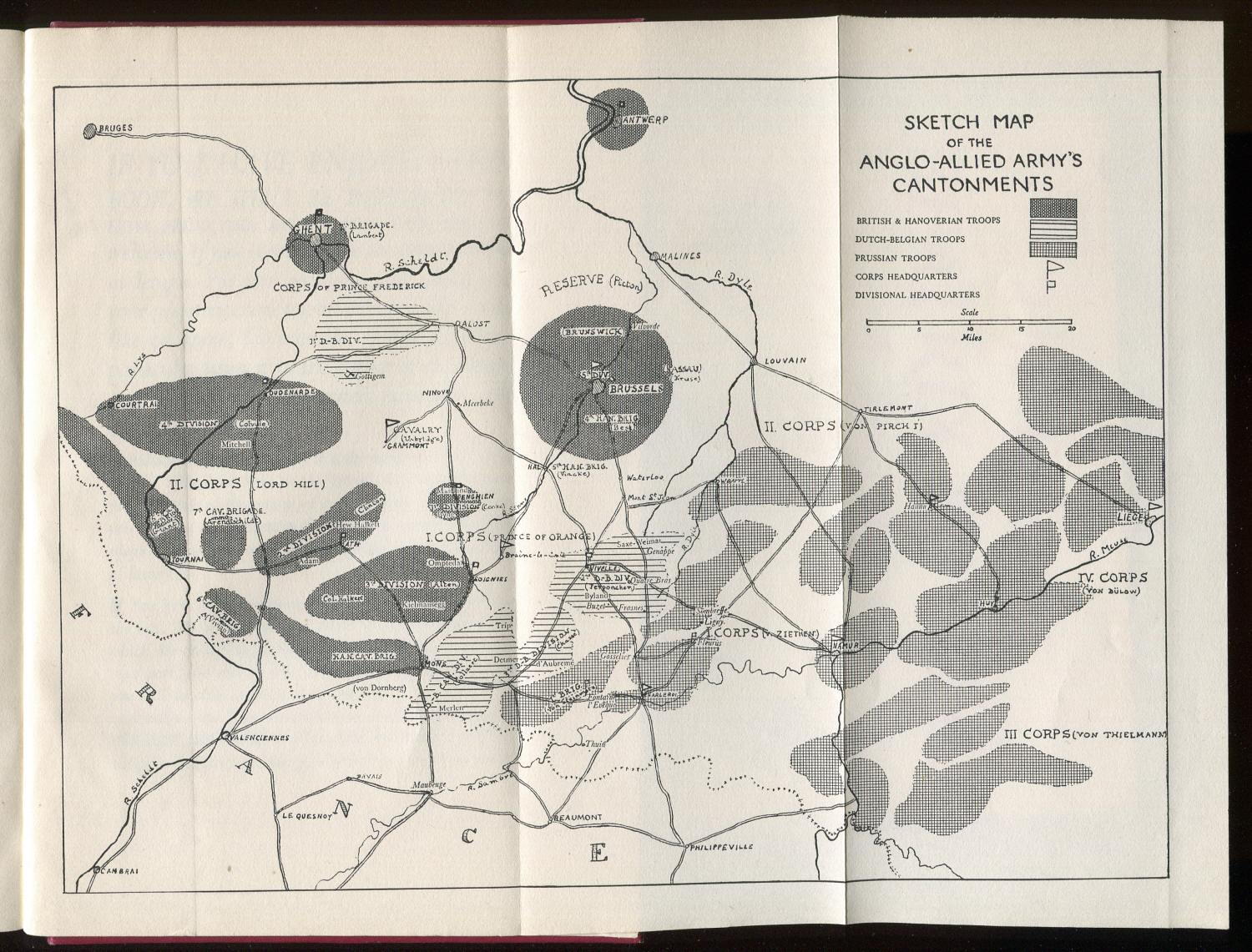