Lost in transit – to track or not to track?

Richard Moffatt, of Poor Richard’s Books just ‘down the road’ from me at Felixstowe writes in this week’s Sheppard’s Confidential:

“I recently sent, by surface mail, two modern first editions, signed, and collectable, to a buyer in China. They never reached the customer. It is so easy, unless one pays the extra for tracking, for any customer to say, sorry, the book never arrived, and to get their money back.”

During the last year the same has twice happened to me. It would be a great pity to have to blacklist such emerging markets but after my second experience I contacted the specialist book trade insurers, T. L. Dallas, to ask their advice. I had not made a claim for either of my losses but it seemed sensible to ask for their experience of claims for books sent to that region and they admitted that a high proportion of claims received had been for books sent to that part of the world.

I have since reluctantly amended my shipping rates to China to include the cost of using a tracked (and insured) service. I have not had an order since but at least I haven’t lost any more books.

Lost mail is not exclusive to China though and as a general rule I don’t send untracked mail to Eastern Europe, Italy, Spain or France any more. I’m not sure if it is the actual tracking or the label on the parcel saying so which seems adds a certain level of protection in transit. 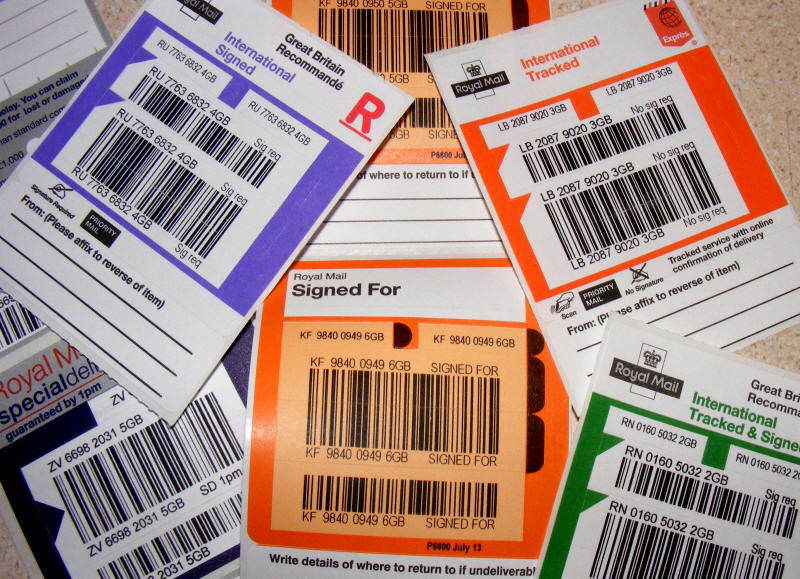 I tend to use Royal Mail’s ‘Signed-for’ service for most shipments within UK but even that has its problems. I don’t often have to check whether or not a specific parcel has arrived but it is always useful to know that I can if I want to. It generally seems to work very well but a little while ago I went to check a tracking number of a particular parcel and found that, although I knew it had been delivered and not lost, Royal Mail said that the parcel had been received by them and was ‘being progressed through our network’, some five weeks after delivery.

And that was before their extra workload of Christmas. Ho hum.