Recently I was privileged to be able to visit the Dutch House, the home and studio of the artist Edward Seago at Ludham in Norfolk. 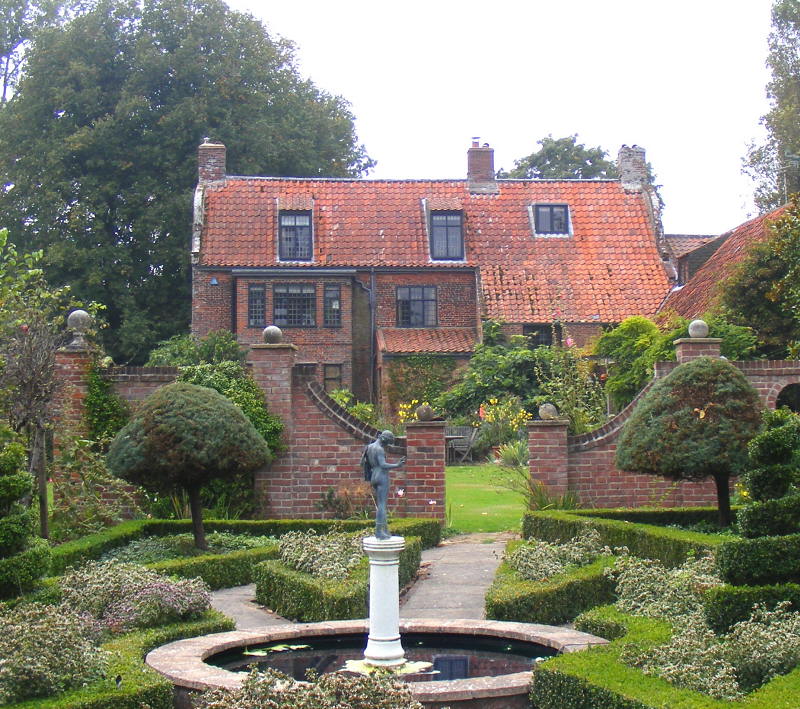 The Dutch House from the garden

For those unfamiliar with him Edward Seago was born in Norwich, the younger son of a businessman but from an early age suffered from heart trouble, as a result of which he tended to be over-protected by his mother. It was thought that the sea air of Lowestoft might be beneficial to his health and for a while he attended the South Lodge Preparatory School in Lowestoft. Here the boarders, of which he was one, slept on the top two floors facing the sea and where the sea spray came in through the open windows. It was here that he came out of his shell and started enjoying normal boyish activities, perhaps because his mother was no longer there to shield him.

Heart problems were to dog him throughout his life but he was quite philosophical about them. He had no formal training as an artist but was largely self-taught with guidance from several established Royal Academicians including Alfred East (by way of his book on landscape painting), when he was a teenager from Bertram Priestman who by this time was living at Walberswick and later still from Alfred Munnings who was at Debden on Suffolk’s border with Essex. 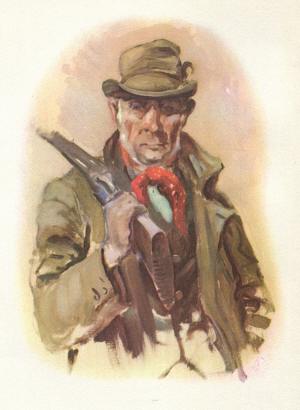 The frontispiece from ‘I Walked by Night’

He became a prolific and popular artist working in oils and watercolour, a Royal favourite and one whose works commanded high prices in his lifetime (and still do). I became familiar with his work through his books and illustrations amongst which were accounts of his experiences with circuses in ‘Circus Company’ and ‘Sons of Sawdust’, two major collaborations with the poet John Masefield, ‘The Country Scene’ and ‘Tribute to the Ballet’, three slim volumes from the WW2 period as well as his pictorial account of the campaign in Italy, ‘With the Allied Armies in Italy’ and several others. There are also two other well known Norfolk country titles edited by the local writer Lilias Rider Haggard which he had illustrated, ‘The Rabbitskin Cap’ and ‘I Walked by Night’.

My visit was an opportunity both to see some of his original works and where he had worked but because of my interest in military history perhaps my focus was on Pegasus. It was whilst serving in the army during WW2 Seago had been asked to design an emblem for the recently formed British airborne forces and he produced the image of Bellerophon astride Pegasus, which I remembered had been described by Jean Goodman in her biography of the artist ‘The Other Side of the Canvas’. 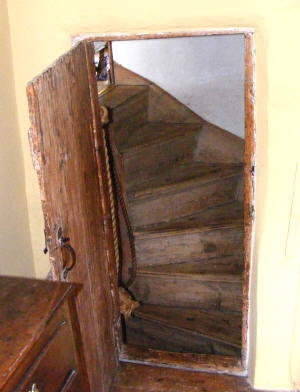 The house is magnificent, surrounded by a high brick wall it is a secluded detached house of weathered red brick in Flemish bond and glazed pantiles with Dutch gable ends, hence its name. Probably dating from the sixteenth century it was somewhere where I could have spent hours puzzling over the rambling layout, with three typically steep cottage-type staircases behind outward opening doors, with further stairs leading off them, all with rope handrails. It posed the question of whether it had once been several separate cottages that had been opened up to form one large house. You can often tell from the outside by the position of the windows or the doors but there were no apparent divisions in the brickwork apart from what appeared to be one bricked up window. It stands in several acres of grounds which include formal gardens, chicken runs and a meadow.

There were many examples of the artist’s work hanging from the walls all over the house but it was downstairs on a small side table where I was delighted to find Pegasus. The association of this image with those who served in the Airborne Division during WW2 and the battle honours that came to mind, from Bruneval to Normandy and the Pegasus Bridge over the Caen canal, Arnhem and the assault over the Rhine, was quite sobering.

Bellerophon and Pegasus where discovered, repositioned for a clearer view, and the British Army’s 1st Airborne badge of WW2

The house is not open to the public although I believe that the gardens have been open under the National Gardens Scheme. My opportunity only arose because of the goodwill of the owner whilst she was away, having permitted her house-sitter to allow friends to visit. I won’t take advantage of that goodwill by showing too much of the interior but I don’t see that the bronze of Bellerophion astride Pegasus, an image famous in stylised form, can do any harm. 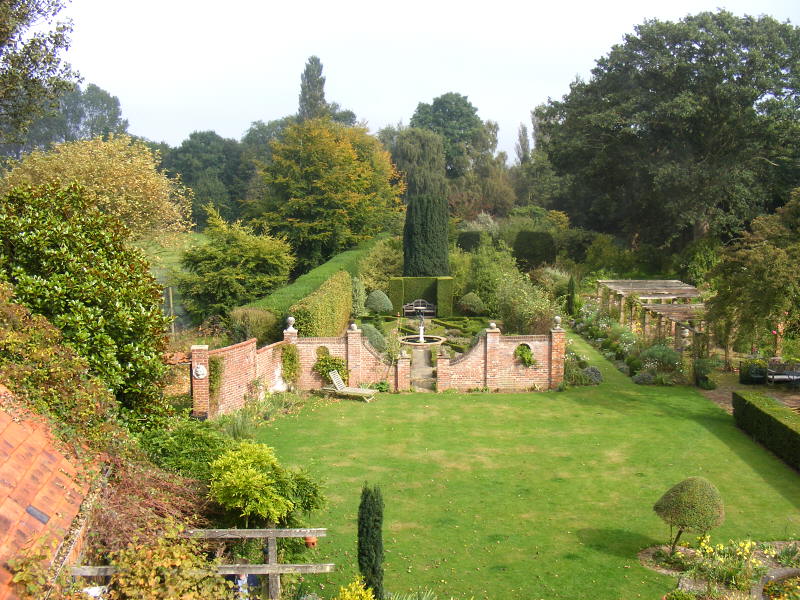 The garden viewed from the house