Robert S. Arbib Jnr. – Here we are together 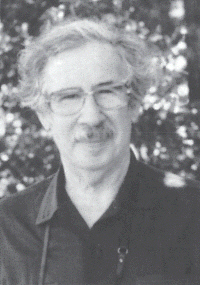 I have only recently discovered the recollections of an American serving with 820th Engineer Aviation Battalion, Staff Sergeant Robert S. Arbib, Jnr., called ‘Here we are together’.

Robert Arbib relates his experiences in Great Britain during WW2 when he and his unit came over to construct airfields for the US Army Air Force. He and 4,000 US service personnel arrived in Glasgow aboard ‘Monterey’ in August 1942, a ship designed to carry 700. Arrival was soon followed by a somewhat disastrous march from the ship to the railway station when, as part of the headquarters platoon, he was towards the front of his column and dropped his entire reserve of seven cartons of cigarettes and twelve packets of pipe tobacco. He managed to retrieve them all but at the expense of the derision of the remainder of his battalion as they marched past and the polite amusement of the Scottish audience as he scrabbled to gather up the scattered packets. As he relates, a good sergeant would have left them and marched on but he never professed to be a good sergeant and apparently his company commander entirely agreed.

His battalion took the long journey by train non-stop from Glasgow to Woodbridge, near the coast of Suffolk in East Anglia. There they were soon started on establishing the ground works for a new airfield at Debach (Station 152), just outside Woodbridge, living in tented accommodation in nearby woodland which they nicknamed ‘the maze’ before later building their own Nissen huts. Their training in airfield construction had been for the establishment of temporary airfields behind the moving front line of an advancing army, the sort of thing where air-strips were graded and rolled, and then metal matting was laid rather than the more permanent construction of concrete runways required for the heavy bomber airfields but within a few days the battalion was learning the hard way.

Much of their introduction to the customs and currency of the country was provided by the local beat constable whom they called ‘Sheriff’ Moody. They discovered their nearest pub., the Grundisburgh ‘Dog’, and the warm English beer. Some of the visiting Americans tended to stay on their base but many were to become more acquainted with their host country. Work on airfield building was dirty and hard and the impression is that ‘play’ in their time off, taken by most of them in Ipswich, was also hard. A truck would take as many as it could carry into the blacked out town to relax in the many pubs to be found there although he was a bit of a loner on these excusrions and found somewhere quieter. He later related how the drinking habits of the two countries differed a great deal.

Robert Arbib had trained as a camouflage expert and he soon found that he was redundant. There was no time to camouflage airfields under construction and he became the battalion postal clerk and errand boy, travelling daily to the clearing centre for all US mail at Sudbury. He and his driver would stop for a wash and shave in the luxury of hot water at the YMCA in Ipswich before breakfast and then going on to Sudbury, visiting banks, laundries, dry-cleaners and anywhere that official business sent him, and some places that it didn’t. He made a number of friends in Sudbury and names many of them, in particular those at the post office, at the bank and where he occasionally stayed when on an overnight pass, Gainsborough House.

Work progressed until late April 1943 when, with Debach still unfinished and with only one runway completed they were suddenly transferred to nearby Wattisham also in Suffolk, an old established RAF fighter airfield with grass runways where they were to build concrete ones for a new bomber and transport base. Here his unit had the luxury of purpose built RAF accommodation and the occupants Nissen Hut 7 at Debach found themselves in Flat 33 of the living quarters for married NCO’s at Wattisham. His visits to Sudbury continued but in May 1943 he was transferred to Watford into a new role as part of the Army Public Relations team.

This role took him to the many different US units under the administrative control of the Eastern Base Section, which was based in Watford but which was responsible for US army personnel from the Thames to the Scottish border, reporting on the many human interest stories. In Watford the members of the EBS were billeted in private houses and marched each day up Langley Road to their headquarters in a building which had been a school. At Watford he made many more friends and remembers with particular fondness the regulars of the public house ‘The Unicorn’where he learned the variety of English beers as well as making new English friends from the villages of Kings Langley and Chipperfield.

Included in the narrative Robert Arbib relates his impressions in more depth of many aspects of his experiences here. There are some sharply observed chapters on the personnel of the Observer Corps post at Grundisburgh, of a Sunday spent at Felixstowe, of a dance at Woodbridge as a guest of the warrant officers and sergeants of 7th Highland Light Infantry, of London and Sudbury at night and of the sight of the many searchlights, of the eccentric personnel of the Public Relations unit at Watford, of Kingston upon Hull as the reception port for much of the US equipment being landed here, of the homes and hospitality of the many English friends he made as well as accounts of visits to the countless places between London and Scotland that his public relations role took him.

This slim volume is a gem of a memoir about relatively unrecorded aspects of the war and relates the author’s sympathetic appreciation of the countryside, the buildings, the English and their heritage. It is also the only published account by an American that I have come across of this aspect of the US war effort in this country, when great numbers of airfields were built from scratch to accommodate the US Army Air Force.

Originally published by Longman’s Green in 1946 ‘Here we are together’ was also issued by the Right Book Club in 1947 but remains quite an uncommon book in either edition. It appears from other sources that Robert Arbib went on to become a respected ornithologist and it is apparent throughout this account that his skill in observation was already acute during those early years. Do look out for a copy.

One Response to Robert S. Arbib Jnr. – Here we are together