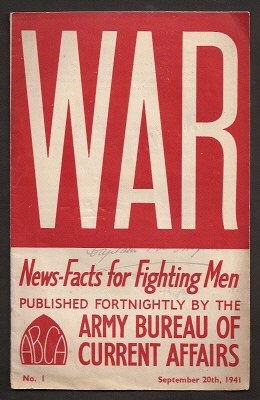 ‘WAR’ was a series of ‘restricted’ pamphlets issued fortnightly by the British Army Bureau of Current Affairs from September 1941 until just after the end of WW2 which provided information to officers of the army about progress of the war and the activities of branches of the armed forces in all theatres, with the intention that they should pass it on to the fighting troops.

Authorship is often anonymous and/or by staff writers but there are a few attributions to some notable contributors, including Eric Linklater, Anthony Cotterell and Orde Wingate.

In the alternate weeks the Army Bureau of Current Affairs issued the fortnightly ‘CURRENT AFFAIRS’, each issue of which dealt with one subject of topical importance.

Some while ago I was fortunate enough to come across a series of both of these interesting pamphlets. Many of the articles are pretty routine but some, especially the copies of ‘WAR’  occasionally add some useful information about obscure aspects of the war.

One aspect that remains totally obscure, to me anyway, apppears in issue 91 of March 31st 1945, with the cover title of ‘Incidental Explosions’ and the article title ‘It could happen to you’. I have reproduced extracts from it here in the hope that someone can shed some light on what the acronym ‘PAD’ stands for.

It appears to be about unexploded and exploded ordance left lying about behind the advancing front line and how incidents should be dealt with but nowhere within the text can I find the meaning of PAD. 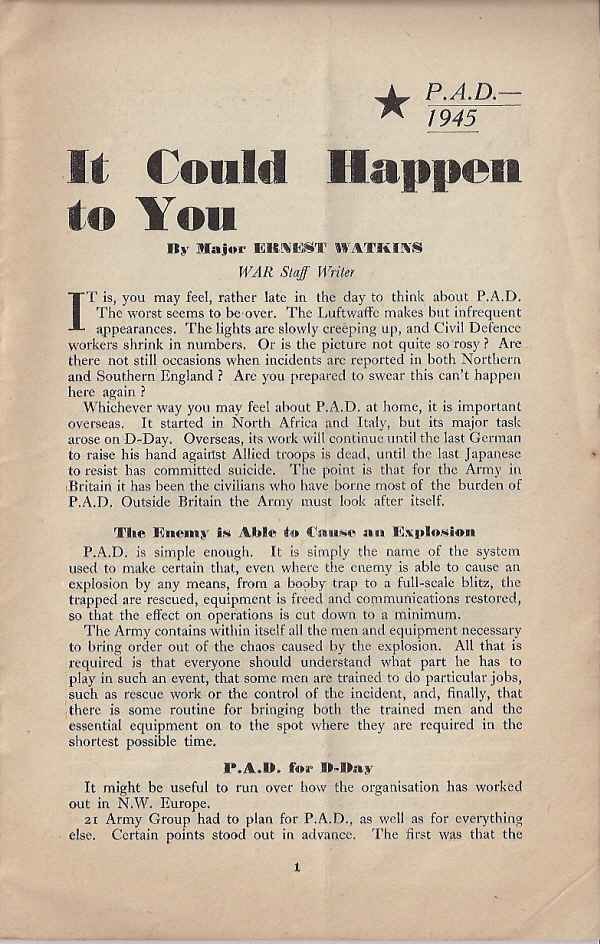 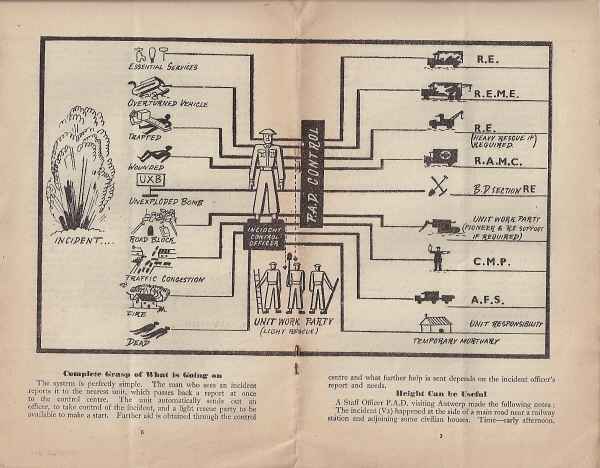 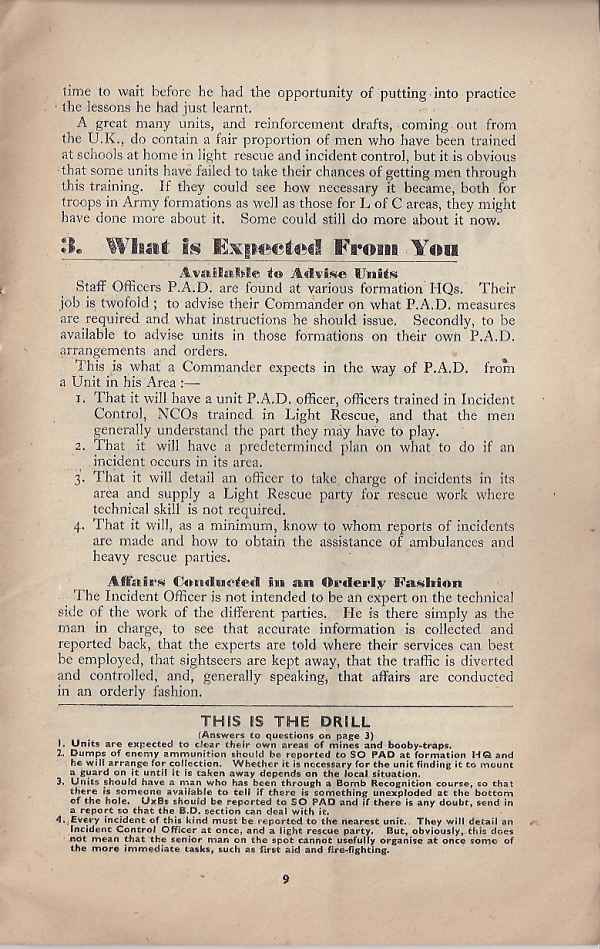 Someone must have served within such a unit and be able to tell me what PAD stands for. If anyone out there can help please contact me.