With the 75th anniversary of the raid on 1st February 1942 fast approaching it is perhaps time for a brief postcript to the piece I wrote on Lowestoft’s ‘cuckoo’ air raid warning. Please read that first if you have not done so already.

Last year I eventually tracked down the grave of Stanley Bessey, who was interred in 1973 in the same grave as his wife and two children who had been killed in that raid. The grave was well kept and the fresh flowers indicated that even 40+ years after his death someone was still looking after it.

The inscription on the headstone inferred that it had been erected by his second wife whom I had not known existed. It must have been hard for her to fulfill what I assume was his wish to be buried with his first wife and two of their children.

As I had no wish to stir up what might be painful memories for any member of the family still living I thought it best to leave matters as they are and not press for the originally proposed recognition of the sacrifice made by his first wife Hilda Bessey (35 years) and their children Peter (10 years) and Pamela (4 years). 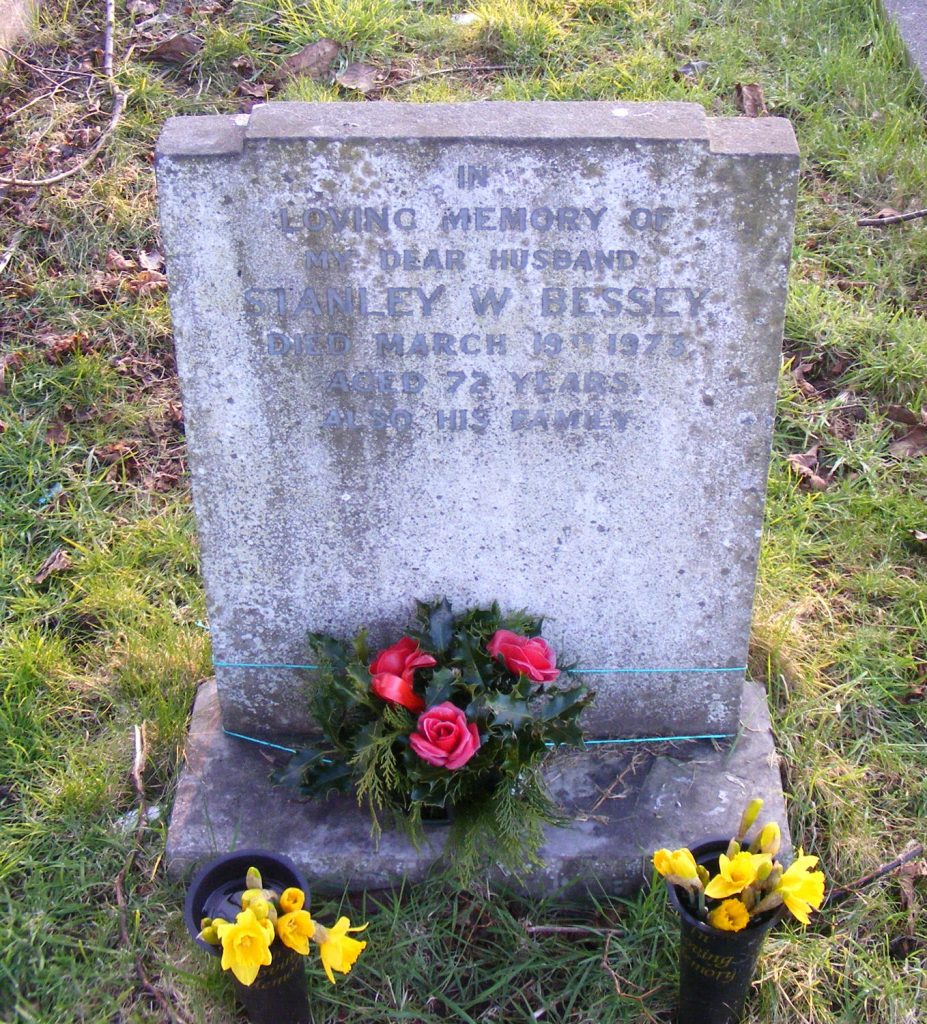